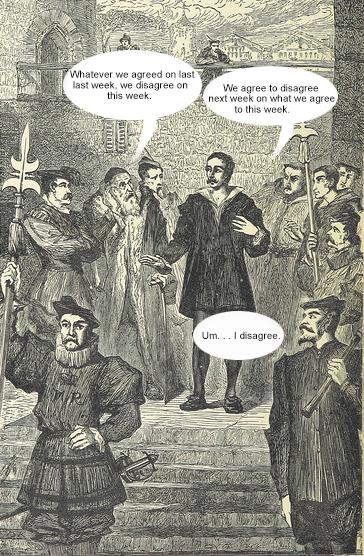 When I was in college I heard a lot of stories about Actor’s Equity. Mostly from the other students. Depending on the opinion of the teller, the story was either so positive that once you joined the union you automatically got celebrity treatment including healthcare, first class seats on the subway and a candy lined dressing room, or so negative that you never stepped on stage again and spent the rest of your days waiting tables.

I held on to the negative stories for a long time because once I committed to my acting career I had a lot of success as a non-union actor very quickly. I avoided joining Actor’s Equity for years and worked as much as I could, for whatever they’d pay me, sometimes rehearsing and performing as many as 5 productions at a time.

During this time, I met other actors who were working in professional theaters, some union, some not, and learned that the reality of joining was much different than the extremes we’d imagined in college. In fact it wasn’t even somewhere in the middle. Still I avoided joining for a long time because of my many professional relationships with non-union theaters and my concern I would lose them once I joined.

Eventually, I changed and so did my life goals, so that membership in the union felt more in harmony with where I wanted to go, so when I got the chance to join, I took it.

I’m about half-way through my first year as a member of Actors Equity. I was looking forward to some good things to come, and I knew I’d leave some good things behind. That’s the nature of change.

One thing I didn’t expect was how being in the union would change how I felt about talking money. In the past it’s been hard negotiating fees for my performances. I always felt like the value of my craft was a moving target. When a company would ask about my fee a little voice in my head always asked: “Am I asking too much?” “Can they afford me?” “Should I just take what they offer?” I knew I was sabotaging my own confidence, but it was hard for me to overcome. What added to my self doubt is that many of the theaters I work with are run by friends and I was concerned I was letting them down if I didn’t accept what they could pay.

But being in the union changes that whole process. A friend recently sent me an announcement for a non-union show she was doing with an offer to be part of it. I contacted AEA to learn the terms under which I could perform with the theater. Once I had them which included a minimum salary, I communicated them to the theater. It was easier than I expected. Because I had an outside metric i.e. the union says my craft is worth at least XX dollars and that’s the least amount I can accept. It removed the second guessing because it helped me feel that the negotiation was not personal. I wasn’t letting down a friend by asking more than they had initially offered, and I wouldn’t feel let down if they couldn’t make it work. It was a completely unexpected benefit of membership. As of this writing the theater is trying to see if they can meet the AEA requirements.
So we’ll see what happens.